Bridge Day is a celebration of the New River Gorge Bridge. The bridge was completed in October of 1977. Every year, on the third Saturday in October, they close down the bridge to vehicular traffic and for one day it is legal to BASE jump from the bridge. 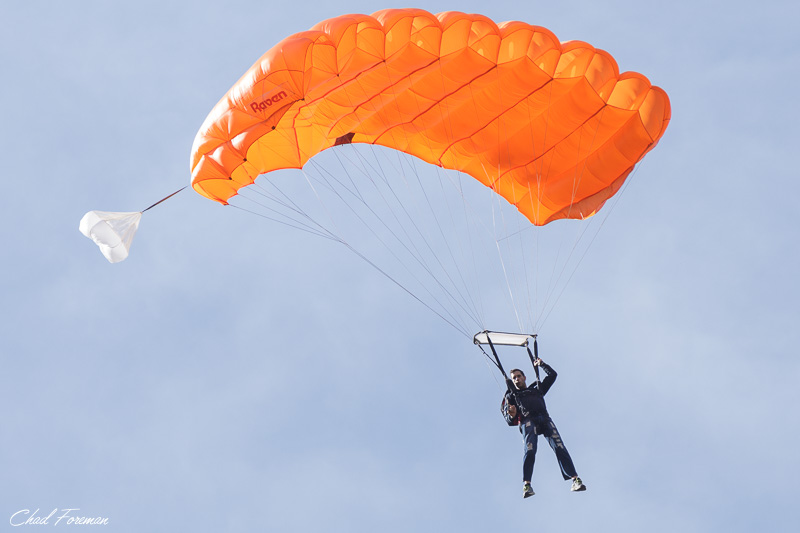 This is a big deal for a couple of reasons. First, the completion of the bridge meant that traffic no longer had to go down the steep, winding roads into the New River Gorge, across the “Tunny Hunsaker Bridge” and then back up the other side. That journey can take up to 30 minutes or longer. Bridging the enormous gap reduced that commute to 30 seconds.

Building the bridge now made route 19 a major throughway for shipping and travel between I-79 North (heading to New York and Canada) and I-77 South, heading to Myrtle Beach and Florida and I-64 East: Washington D.C. and I-64 West: St. Louis Missouri. This has brought a lot more traffic to our area and also boosted tourism, West Virginia’s greenest economic resource. Coal produces the most money but we won’t talk about that right now. 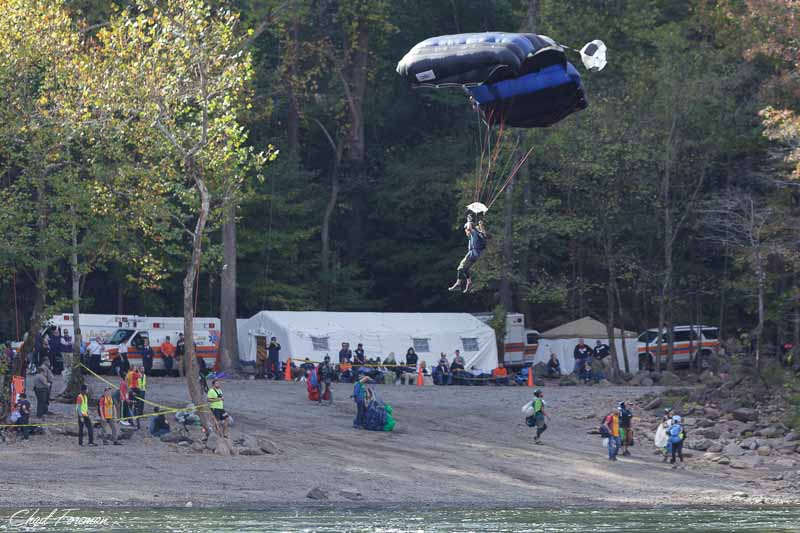 Second, BASE jumping is legal for one day. BASE is an acronym for Building, Aerial (as in antennas), Span (bridges) and Earth (like cliffs.) Ordinarily, it is illegal. Gee, can’t figure out why? But for one day, it IS LEGAL. This is celebrated by many BASE jumpers who travel great distances to be here. Many skydivers make their first BASE jump off the bridge because of the controlled environment. It helps prevent accidents. 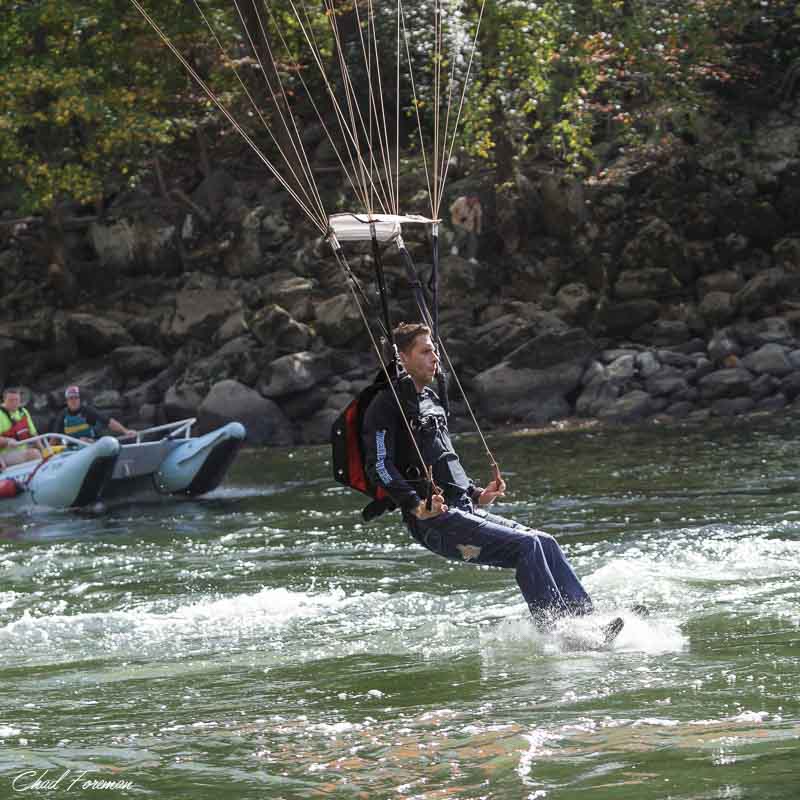 In my opinion, BASE jumping is like drugs. People are going to do it regardless, so you might as well make it legal and save the police some work.

Bridge Day brings hundreds of thousands of people to our small little town of Fayetteville, which is largely dependent upon the tourist dollar in a seasonal area. It’s a nice little booster shot in the pocket book right before the winter break. 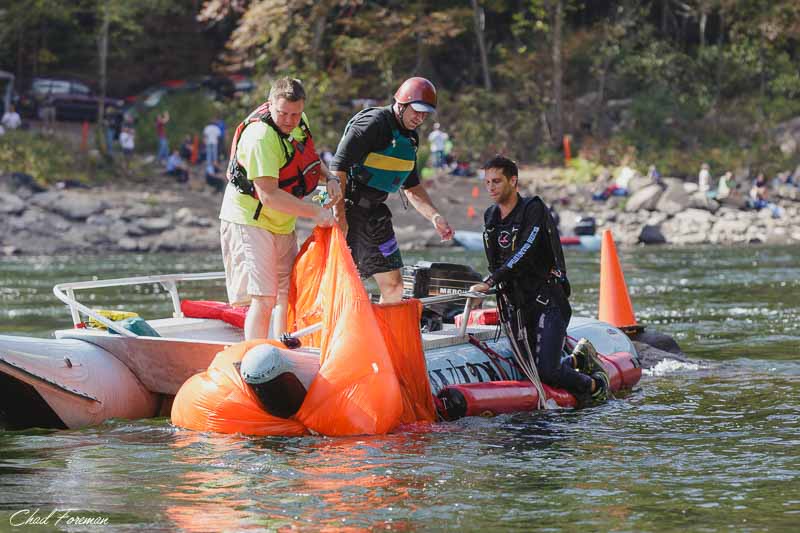 River rescue crews, who are raft guides on the New River Gorge collect wet BASE jumpers

Bridge Day is also the unofficial end of the commercial rafting season here. Temperatures are starting to drop and the kids are back in school. People just aren’t coming down here for a winter wonderland whitewater adventure.

To me, Bridge Day is a fun day to reflect upon this season, but also seasons past. I think about all of my fun memories. I’m always going to see friends out on the river. That’s a fun time too. 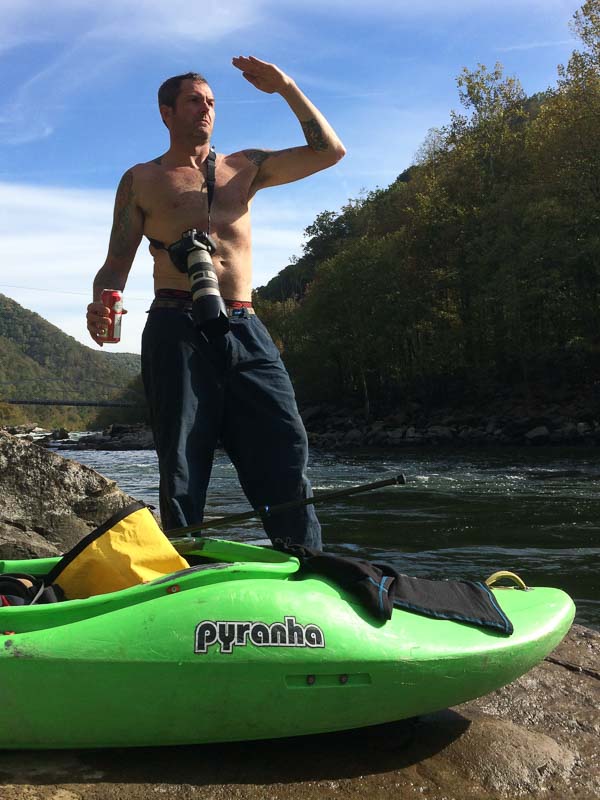 Me, hanging on my favorite Bridge Day rock, checking out the jumpers, enjoying a frosty beverage

This year I hung out on my Bridge Day rock. It will be my 3rd year in a row on this particular rock. It’s a great vantage point to watch the action. 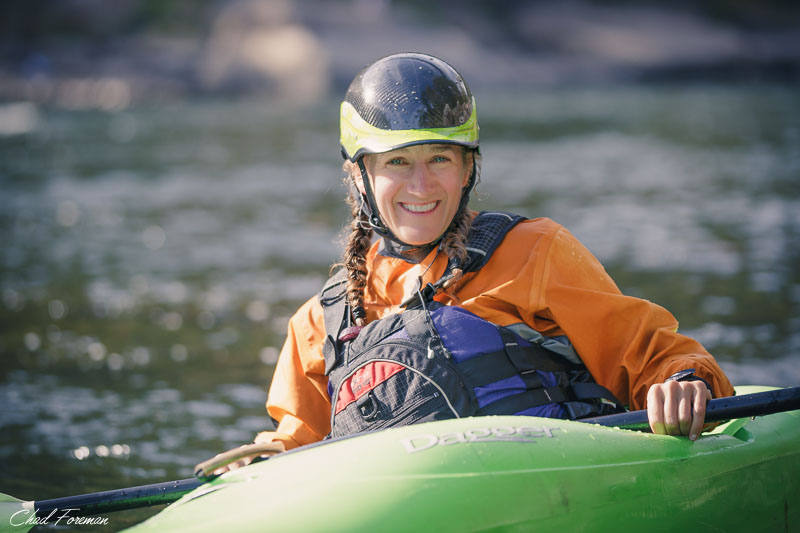 Kayaking with my friend, Mariah on Bridge Day in the New River Gorge.