The Valley Greyhounds traveled upstream to play the Fayetteville Pirates. One of my favorite things about photographing football on Friday nights is that I once again get to feel that pre-game excitement. It’s game time. All of my practice time is going into effect and this is when it all goes down. 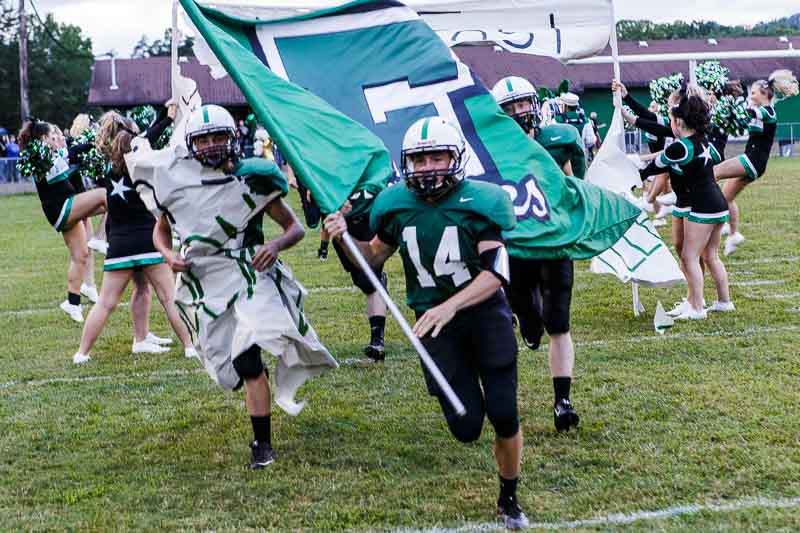 Fayetteville Quarterback, Tristian Coots, leads the Pirates on to the field. Chad Foreman for the Register-Herald.

Being assigned a Fayetteville game is a home game for me. I live 10 minutes down the street from the football field. I am going to know some of the fans in the crowd and maybe a few of my friends’ kids are students. It’s really exciting and the only thing better would be if I got to photograph my Alma Matter, the Bexley High School Lions.

There are only 23 players on Fayetteville’s team. I was talking with someone before the game who said that consolidation of schools is inevitable. It’s a hot topic of discussion around here. People who grew up here are loyal to the school where they learned. But numbers are shrinking year after year and there’s not enough money to keep them all open. There may come a day when these small-school rivalries don’t exist. Players may be driving an hour to play a Charleston high school like George Washington or even a school up in Morgantown.

I show up an hour before the game to get some ambiance shots. They like those at the newspaper because they really round out the whole high school football experience. Things like band pictures, cheerleaders doing their thing, majorettes, fans in the crowd. It’s all about the total experience. 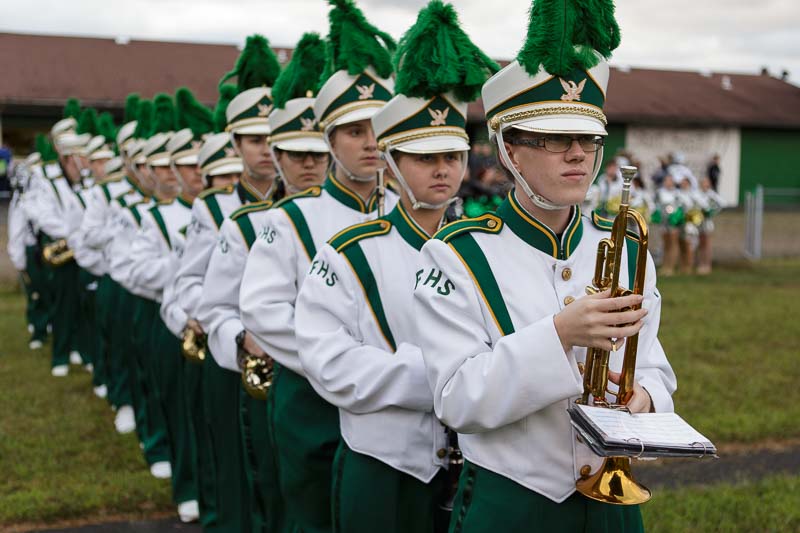 Jordan Scarborough leads the Fayetteville High School band on to the field.

It had rained all day Friday as the remnants of Hurricane Harvey made their way through the area. I was looking forward to some muddy, sloppy pictures but we haven’t had that much rain recently and the ground soaked it all up. 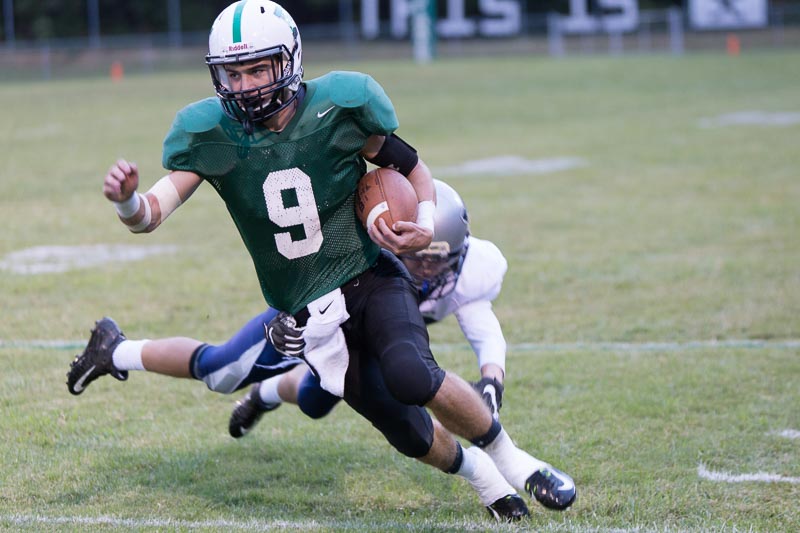 Valley Greyhounds defender attempts to bring down Jordan Dempsey with a diving tackle. 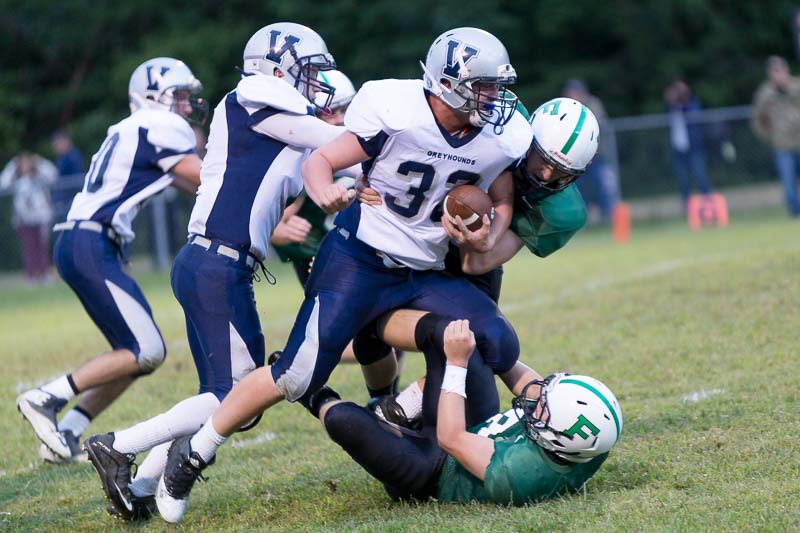 Valley Greyhounds running back charges over the Fayetteville defense.

Unfortunately, I can’t stay for the whole game. I have to leave at halftime in order to get all of my pictures to the paper before 10 pm. The first half was a pretty good match. It was a low-scoring, defensive game with a few breakout plays. Fayetteville led 8 to 6 when the teams left the field at halftime. They held off the Greyhounds for a final score of 22 to 14. 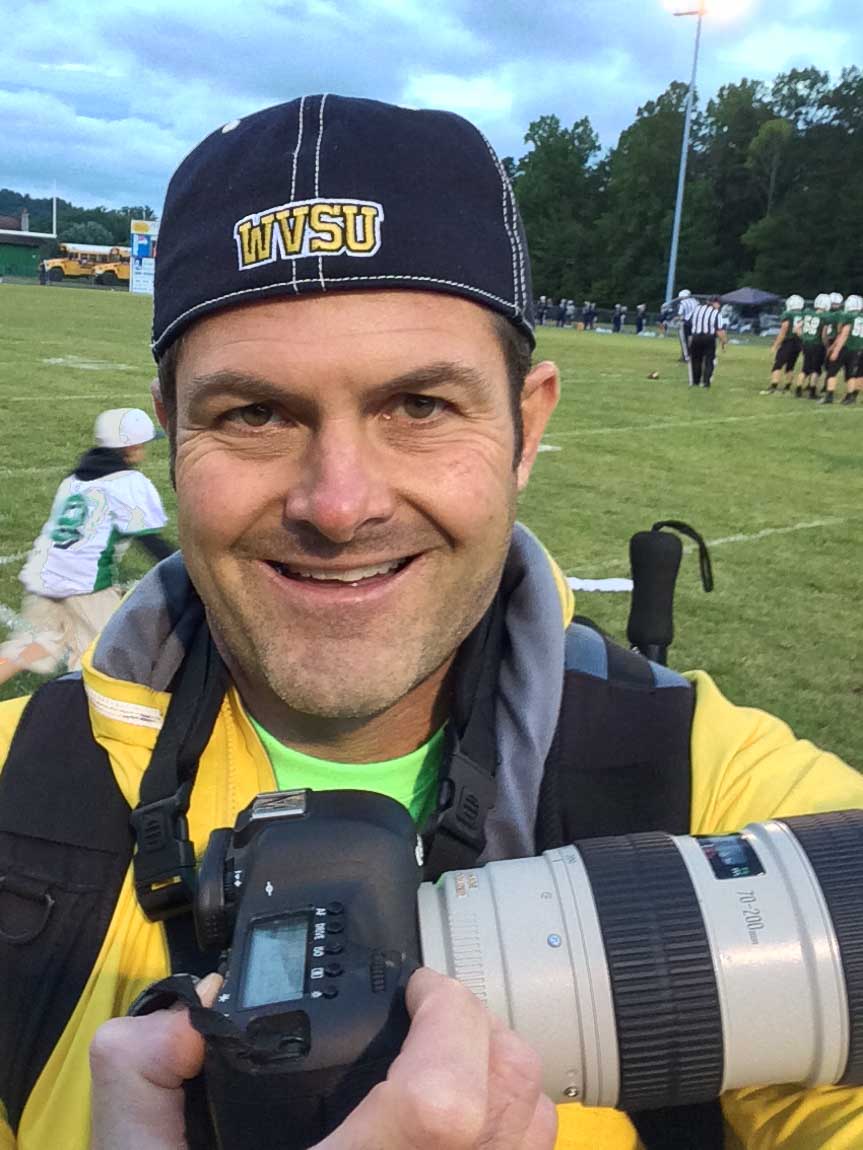 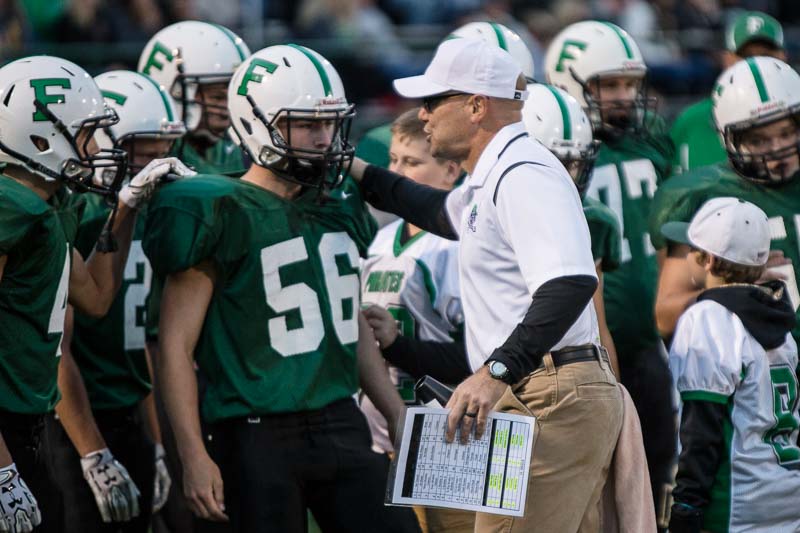 Fayetteville head coach, David Moneypenney, congratulates John-Daniel Franklin after he recovers a fumble in the first half. 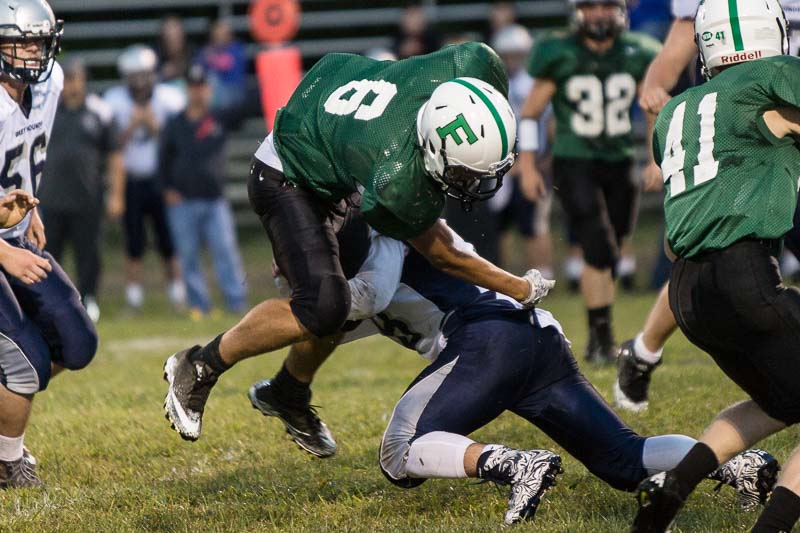 A Valley Greyhound pops Jordan Dempsey up off the ground. 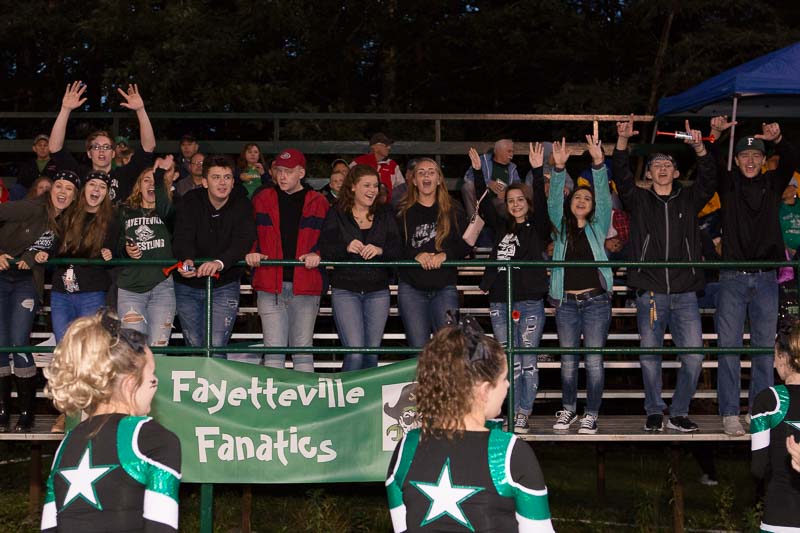 The Fayetteville Fanatics cheer on their team.