For a kayaker in West Virginia, Gauley Season is a special time of the year. Those who have never touched whitewater are unaware of the significance. However, in the whitewater world, everyone knows about Gauley Season. From the Kennebec and Dead Rivers in Maine to the Arkansas River in Colorado to the banks of the Kern and the American Rivers in California, people are singing Gauley praises and spreading the lore of Gauley Seasons past.

Most rivers in America, and the world for that matter, are getting low this time of year due to seasonal lack of rains. Yet, the Gauley River is fed by Summersville Lake, a manmade lake. In the Summer, the lake is for recreation but after Labor Day the lake needs to be lowered to the winter pool in preparation for winter rains. The dam was built by the Army Corps of Engineers from 1960 to 1966. When it was completed, an agreement was made that the whitewater industry would be guaranteed releases every Friday, Saturday, Sunday and Monday for a 6-week period beginning the Friday after Labor Day. This 6-week period is known as Gauley Season.

What makes the Gauley River so special?

The Gauley features 5 big, bold, class V rapids: Insignificant, Pillow Rock, Lost Paddle, Iron Ring and Sweet’s Falls. Rapids are rated by degree of difficulty from class I to class V. Many other rivers have class V rapids, but one thing that makes the Gauely’s class V rapids so good is that they are just challenging enough to be difficult, yet not too overpoweringly intimidating to scare people away.

The adrenaline rush and satisfaction from successfully negotiating a Gauley class V rapid is exhilarating. Yet, those rapids are also very forgiving when your line is not as tight as you wanted. Swims and flipped rafts happen a lot out there, but the Gauley is forgiving. She allows you to learn from your mistakes so that you can return a better boater. That’s not to say that she is without her dangers. The dangers are real, but life has inherent danger too. 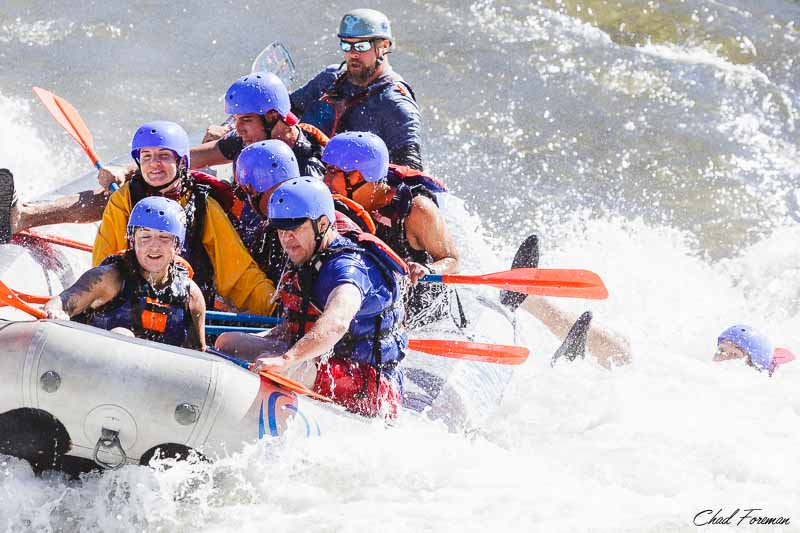 A rafter takes a swim at the bottom of Sweet’s Falls, a 14 foot, near-vertical waterfall on the Gauley River in West Virginia

The Gauley also has lots of class IV and class III rapids interspersed between the big 5. These rapids maintain the flow and rhythm of an upbeat river trip. They keep things happening and give you plenty of enjoyment in between the biggies. They also provide contrast in a way that is not dissimilar from the slower, quieter parts of a song to emphasize the loud, screaming guitar solos. It’s interesting that the big 5 have a nice spread between them. It’s an ideal pace. There are pools of water in between the rapids but a steady current moves your boats through them at a pace that is just slow enough to give you time to catch your breath, take in the scenery and enjoy a group laugh or chat about the big rapid you just ran. 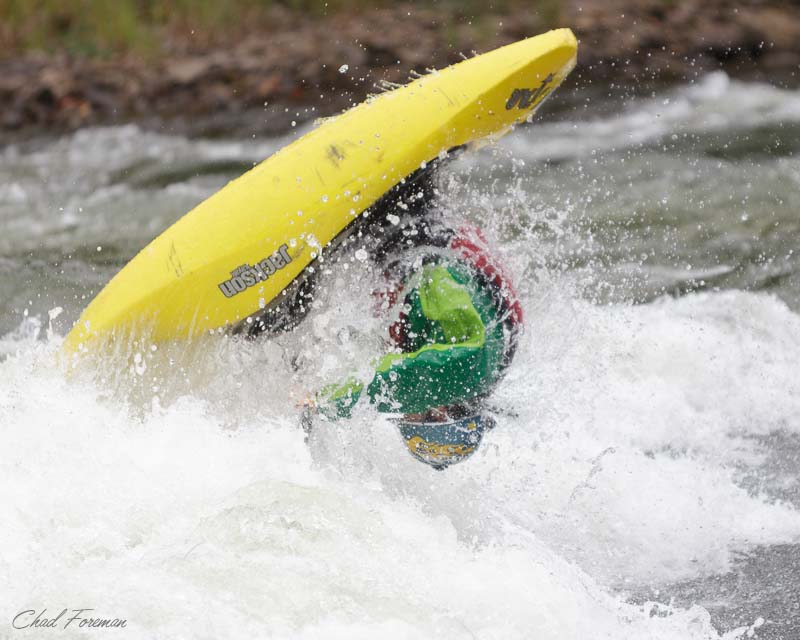 Stephen Wright, of Jackson Kayaks, performs a “Loop” at Geek’s Wave on the Gauley River.

Kayakers flock to the Gauley because of the epic play. “Play,” in kayak terms, refers to river features that are ideal for freestyle moves in a kayak. Most common form of play is “surfing.” The river creates hydraulics that are formed when water fills a hole in a riverbed and then curls back upstream. This upstream force will hold the kayaker in the hydraulic. Add more water, or a differently shaped hole, and that hydraulic turns into a standing wave. Much like a wave on the ocean, a kayaker can surf the wave. The Gauley has some really nice hydraulics and surf waves. What makes them nice is that the features are very distinguished and consistent. This allows you to “get to know” the hole and learn to use it’s features to your advantage. 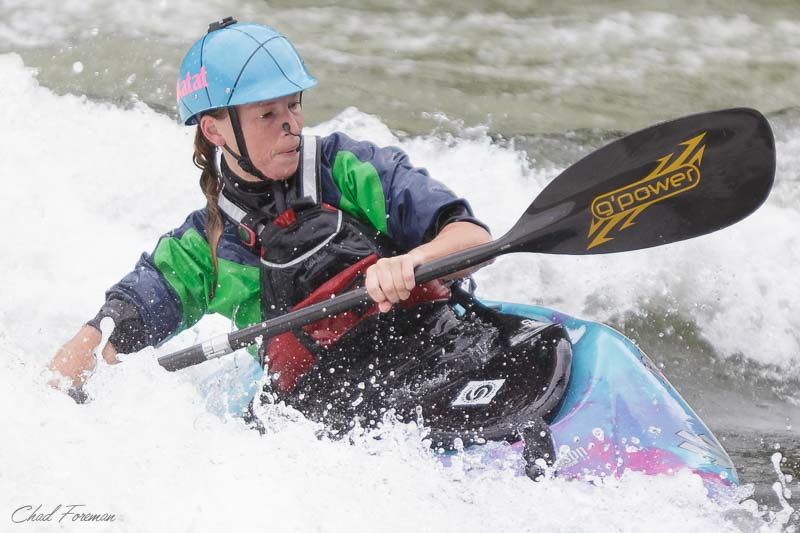 Crystal Gustin, of Jackson Kayaks, surfs her kayak on “Geek’s Wave” on the Gauley River

In addition to the magic of the Gauley River itself, the season brings it’s own splendor. It’s like a big family reunion. Friends who only come in for Gauley Season are in town. You get a chance to catch up with these friends and enjoy the Gauley together. Many people we don’t know show up to enjoy the Gauley. On Gauley Fest weekend, the banks of the rivers are lined with boaters from all over. That’s just a good reminder of what an amazing place we have here. 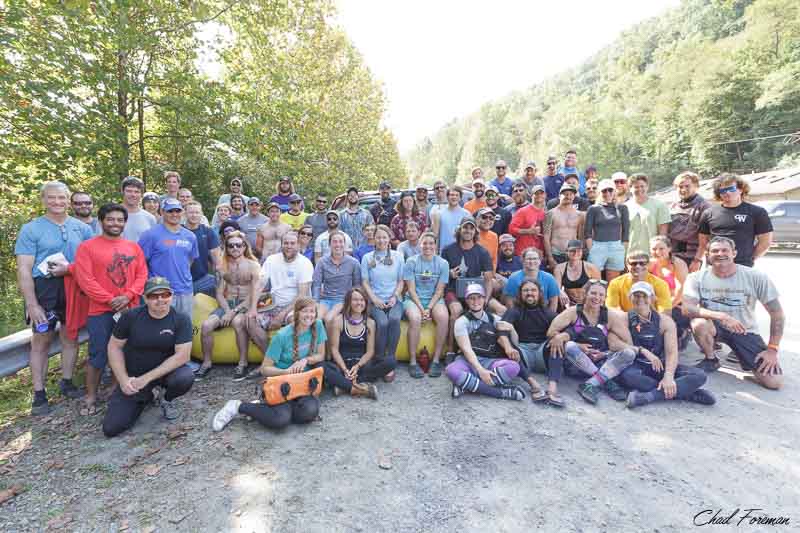 The Animal Upper Gauley Race. The 25th Annual race brings kayakers and rafters from all over.

This picture is from the Animal Upper Gauley Race. That race is special to me. I’ve raced maybe 10 times since 1998. Nowadays I try to go every year. Racing is special all in its own right.