“Kai’s Ate Up With Soccer.”

That is exactly what Kai’s mom, Stacey, said about Kai when we first started talking about how we might go about Kai’s senior pictures. In fact, we have a pickup soccer league in the winter and at one point I was wondering who the young stud on the other team was who was dominating the game. I hadn’t seen Kai in years and didn’t recognize him. He had grown up to become a young man.

Natural Light in the Forest

All of the soccer fields were full of people practicing so we needed to start someplace else. After some research, we discovered some trails nearby with some interesting rock formations. The rock formations turned out to be a bust but there was some really nice sunlight shining through the trees that was muted by some clouds. We were able to take advantage of it for a couple shots.

Have you ever wondered what kind of process goes into senior photos? When I was a high school senior it meant I made an appointment at a local photography studio. There was one of those blotchy gray backdrops that wasn’t much different from the backdrop they used on any other school portrait. We took a few outfits, struck a few poses and that was it. The photographer clicked a few pictures and that was it. A few weeks later we got some 4″x6″ prints and a few 8″x10″ prints in the mail.

Nowadays, high school senior photography is next level. The whole digital revolution has allowed us to photograph anywhere and even bring studio lighting with us. These days we select a location that reflects the student’s personality. It’s all about creating an image that conveys the essence of the student.

Are you familiar with the term golden hour? It refers to that hour before sunset when the sun is just over the horizon, casting its soft light into the atmosphere, at an angle that is lower in the sky than the harsh mid-day sun. This is the optimum time for photography. I like to start an hour before golden hour begins. I’ve noticed that it’s nice to have a bit of a warmup period before golden hour and during a shoot, time moves pretty fast.

I could see the sun was beginning to sink into golden hour, which meant it was time to head out to the soccer field. We had planned to get some pictures of Kai in the bleachers while we were waiting for the practicing teams to leave the field. Kai changed into his team’s favorite soccer jersey, Arsenal FC, complete with a totally gangster matching pendant.

At this point, I got the idea for some pictures with the soccer net in the background. We went over there and grabbed a few portraits with him in the net.  The featured image for this blog is one of them and it happens to be one of Stacey and Kai’s favorite pictures. 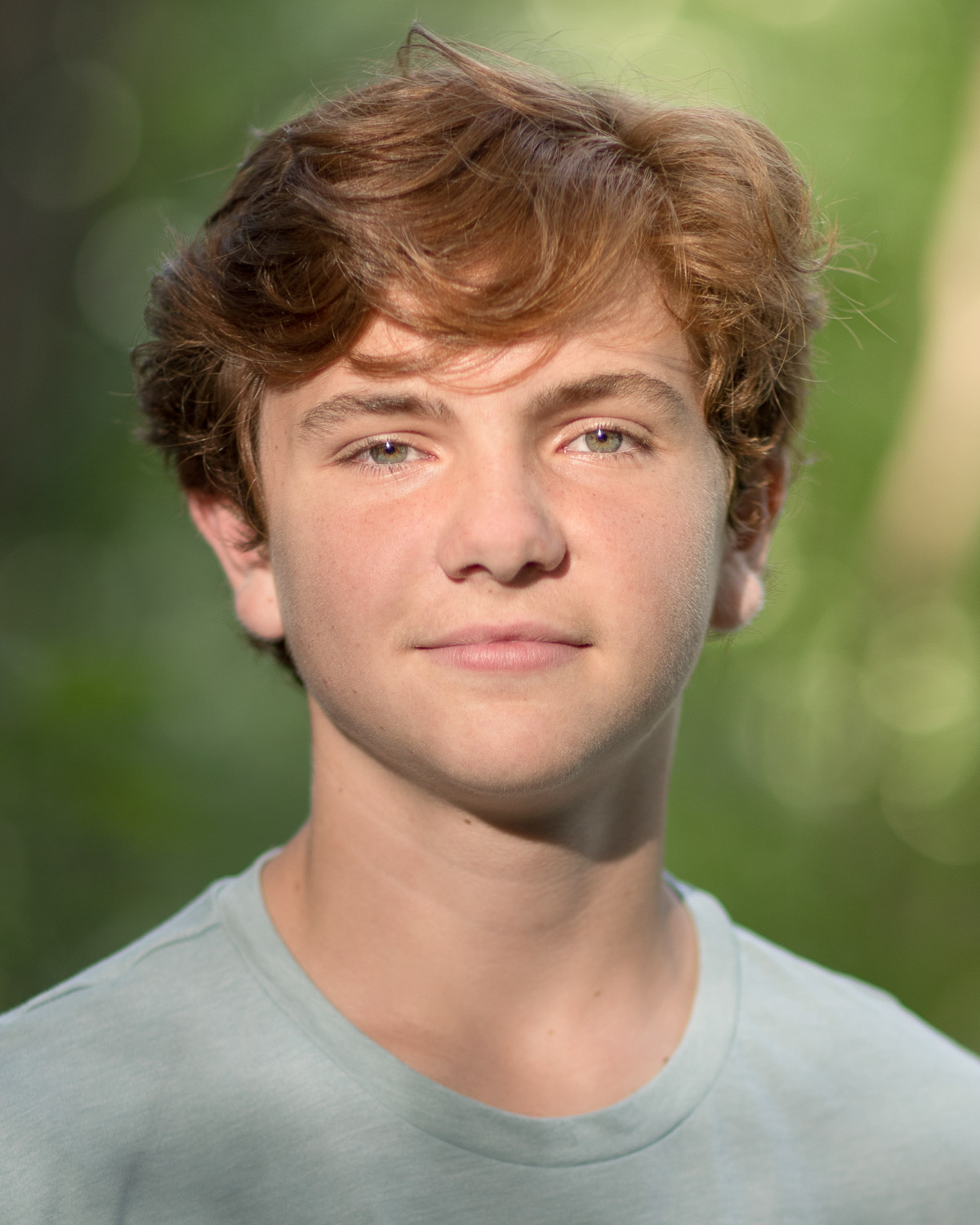 Portraits in the forest. 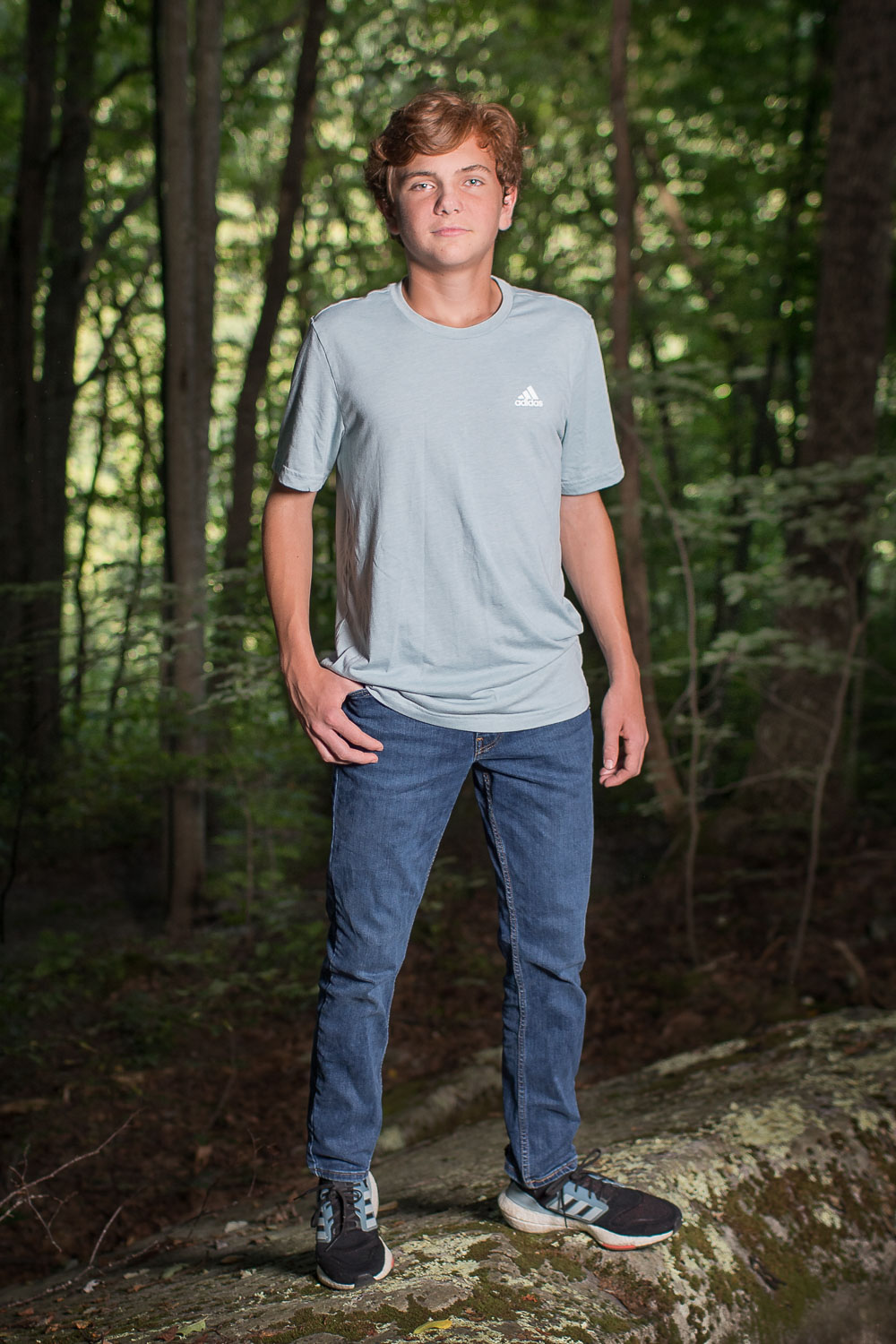 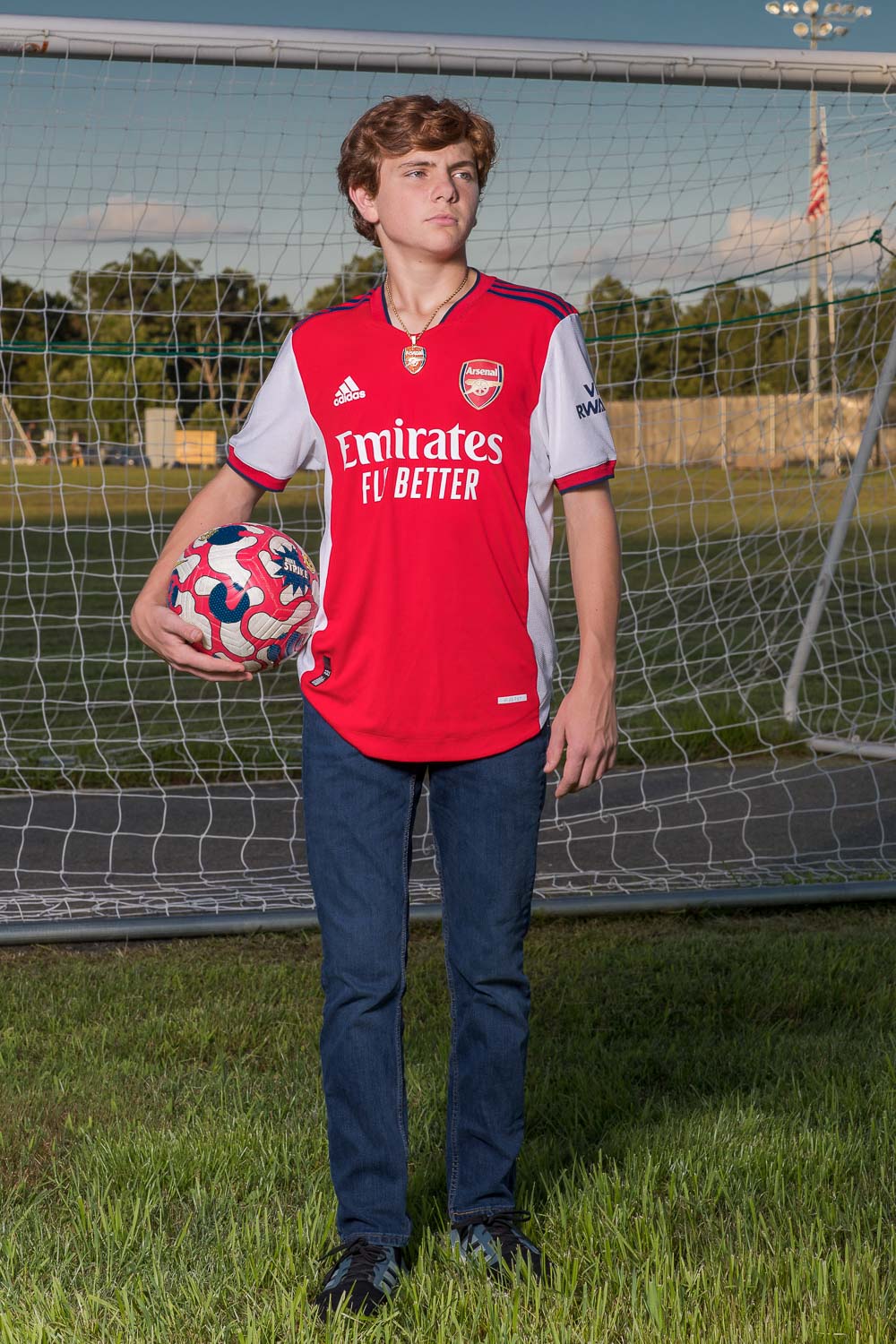