Olympic Weight Lifting is a sport. Also called weightlifting, it has been an olympic sport since 1896. In today’s society we typically think of sports as team sports. Football, basketball and baseball are regulars on the television. These sports are extremely popular and thus can generate a lot of revenue in advertising that both takes advantage of their popularity and perpetuates it. 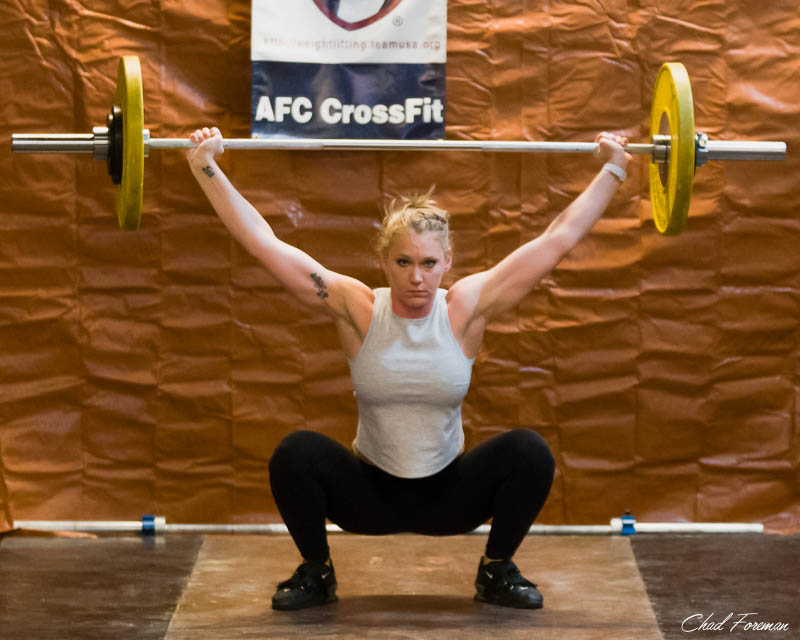 CrossFit Coach, Kristen is always in perfect form. Here she is in her Snatch movement during the meet.

Most people don’t typically think about individual sports until they’re watching the Olympics or flipping through the X-Games. However, sports like weightlifting are popular, not just as a sport alone, but as training exercises to condition athletes for power and strength in other sports. 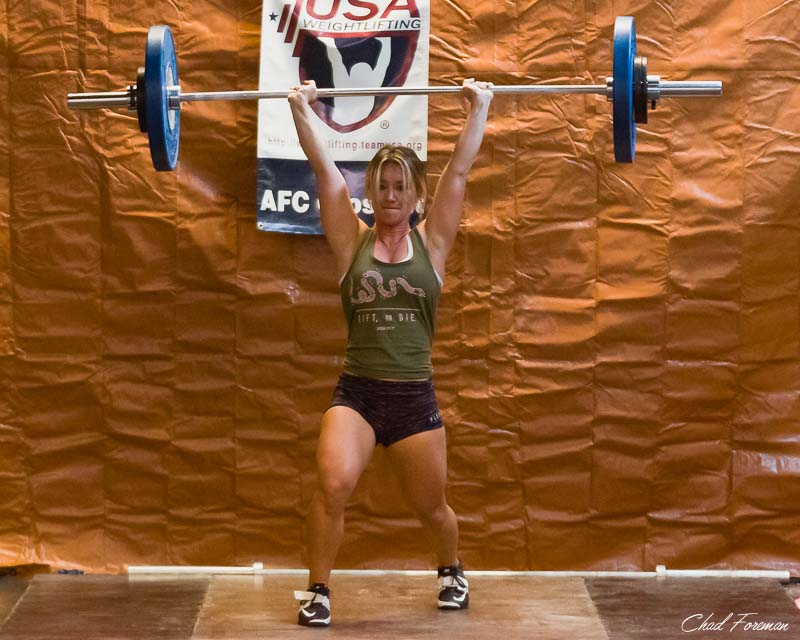 Coach Cary looks strong during her Clean and Jerk lift at the meet.

Competitors are scored on their ability to perform 2 movements, the Snatch and the Clean and Jerk, and compete with others in their given weight class. They get 3 tries at each weight to successfully complete the lift. Their score for the meet is the combination, in weight, of the two lifts. 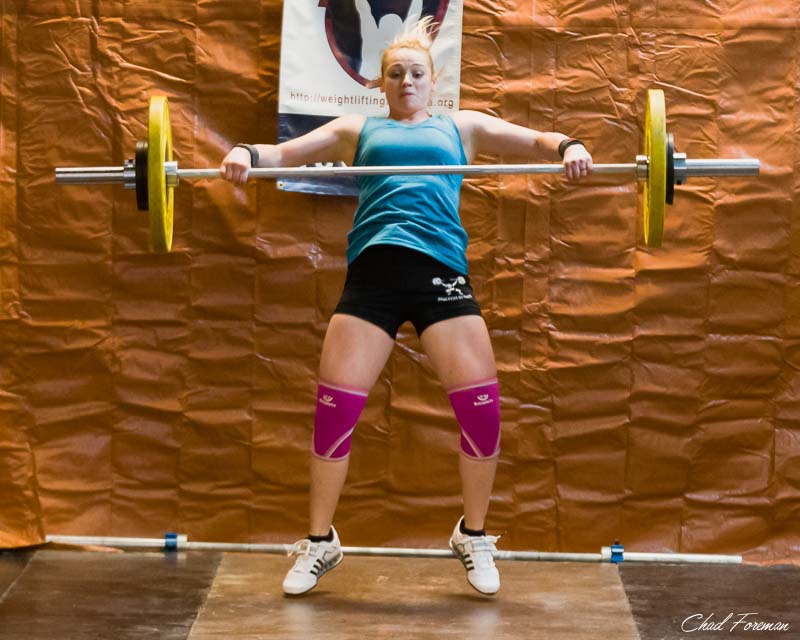 This olympic weightlifter expresses power and control during her lift

Six women and six men participated in the Halloween Havoc at Active Fitness Center CrossFit in Oak Hill. While there weren’t enough competitors to fill multiple weight divisions by each gender, the lifters joined in together in the spirit of friendly competition and camaraderie. 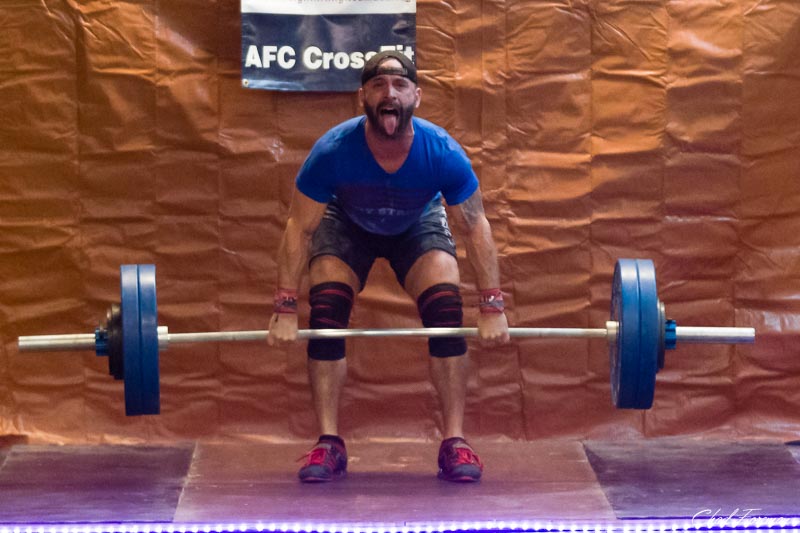 Some talked about the difficulties and challenges presented by lifting in a competition. When lifting on your own, you have as many attempts as you want to get the weight up over your head. In the competition you only have 3. Another factor is the crowd factor. There was a nice-sized showing of fans for the event. All of them were seated right there in front of the competitors, watching. It can be quite intimidating to try to perform the lift in front of a crowd of spectators who are all looking at you. 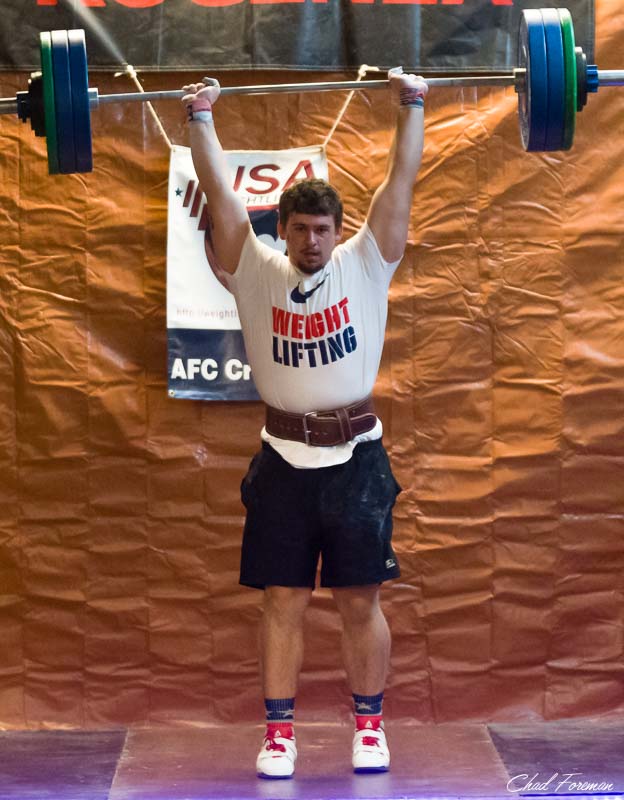 Seth Gunnoe lifted more weight than anyone. Here he is with 300 pounds above his head.

Seth Gunnoe, who won the award for “most weight moved” told me he and Waylon, the owner of AFC CrossFit, plan to go to Columbus to compete in a USAW-sanctioned event. One interesting thing Seth mentioned to me was the accessibility of this type of competition. In more mainstream sports like football or baseball, it can be extremely difficult to get your chance to play in the big game. However, in weightlifting, all you need to do is show up and perform the lifts. You lift the most weight, you can move on to the national events or even the Olympics. Just that simple. 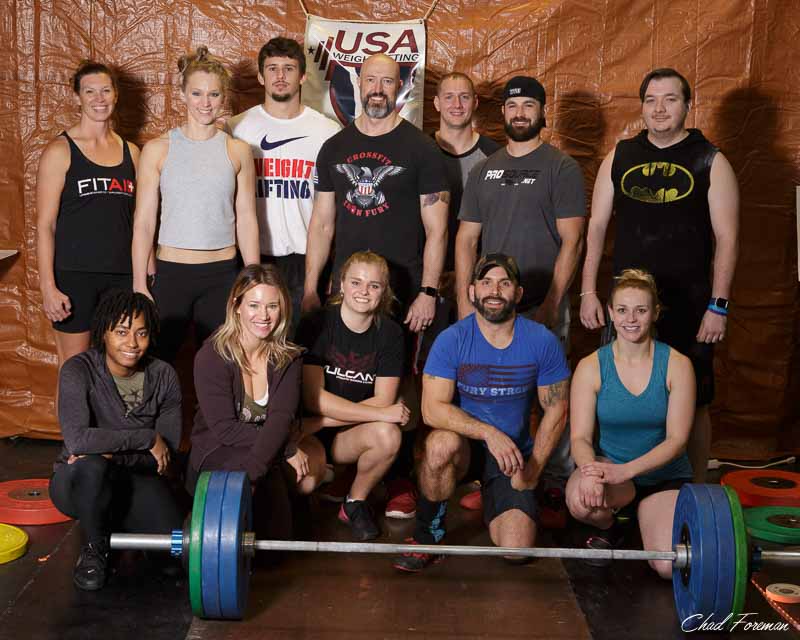