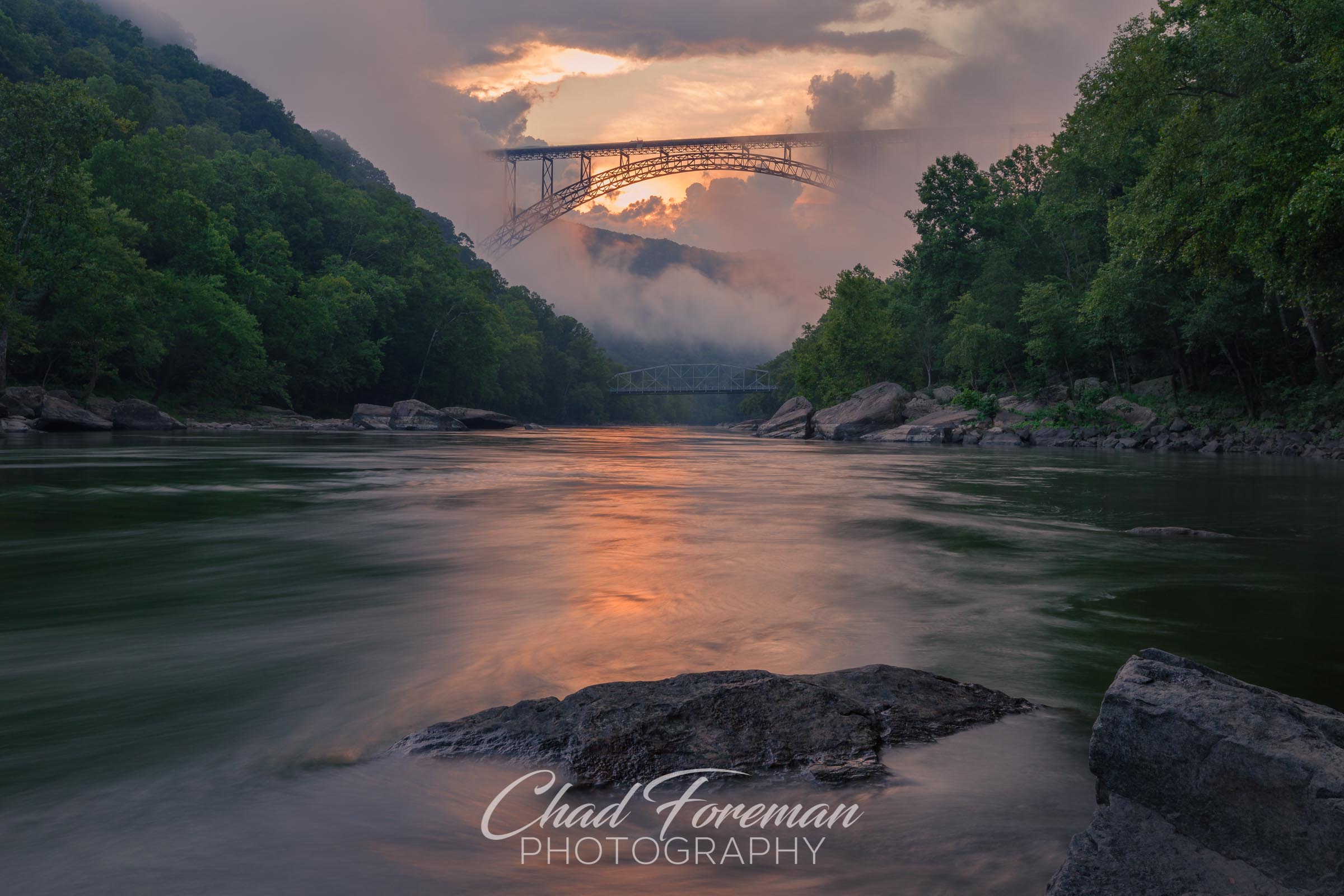 The New River Gorge Bridge. The iconic West Virginia bridge. The longest, single-span arch bridge in the Western Hemisphere, it spans the width of the world-famous New River Gorge. This architectural masterpiece, this engineering marvel is a focal point in and of itself. One of the coolest things is that the weather and the seasons are always changing. No matter how many times you photograph it, it’s an entirely different picture.

This landscape portfolio image was captured on Wednesday, August 2, 2017, at 8:35 PM. On that day I was kayaking the New River Gorge at a level of around 3200 CFS. As the title suggests, a storm had just passed through, right before sundown. At that moment the sun broke through the clouds, illuminating the fog and clouds around the bridge. About 10 minutes later another storm came through.

For that reason, the original title I gave this picture was “Between Storms.” But when I posted it on Facebook it went super-viral. I was shocked. It wasn’t one of my favorites and I thought it was just ok. But it got thousands of shares and people were calling it “The Bridge to Heaven.” Now, that’s a little too much for me, but people started asking me about “that picture you took of the New River Gorge Bridge.” So I added the iconic name to the title.