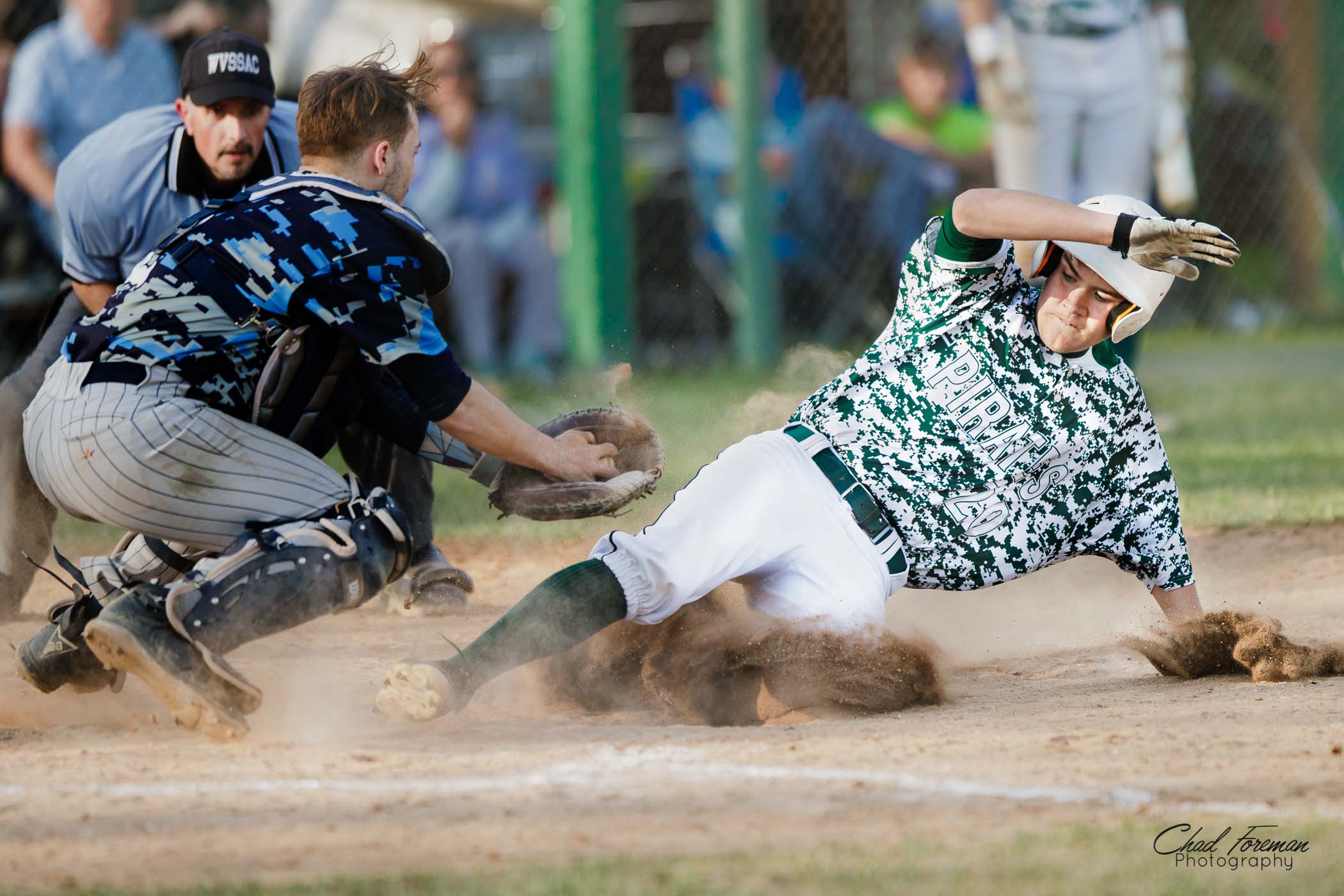 Fayetteville Pirate, Timmy Bell, slides into home. The umpire called him out but clearly he crossed the plate before the Valley catcher made the tag.

Perhaps the umpire felt bad for the Greyhounds because the Pirates were crushing them 12-2.

What’s interesting is that the umpire made a mistake earlier in the favor of Fayetteville. It was a clear-cut case of the umpire not knowing the rule, which is pretty crazy. Valley was the visiting team and that was the side I was shooting from. Everyone was in an uproar. They were correct but the umpire didn’t reverse his decision.

It seems like he gave this one to Valley in an attempt to make up for his mistake from earlier.