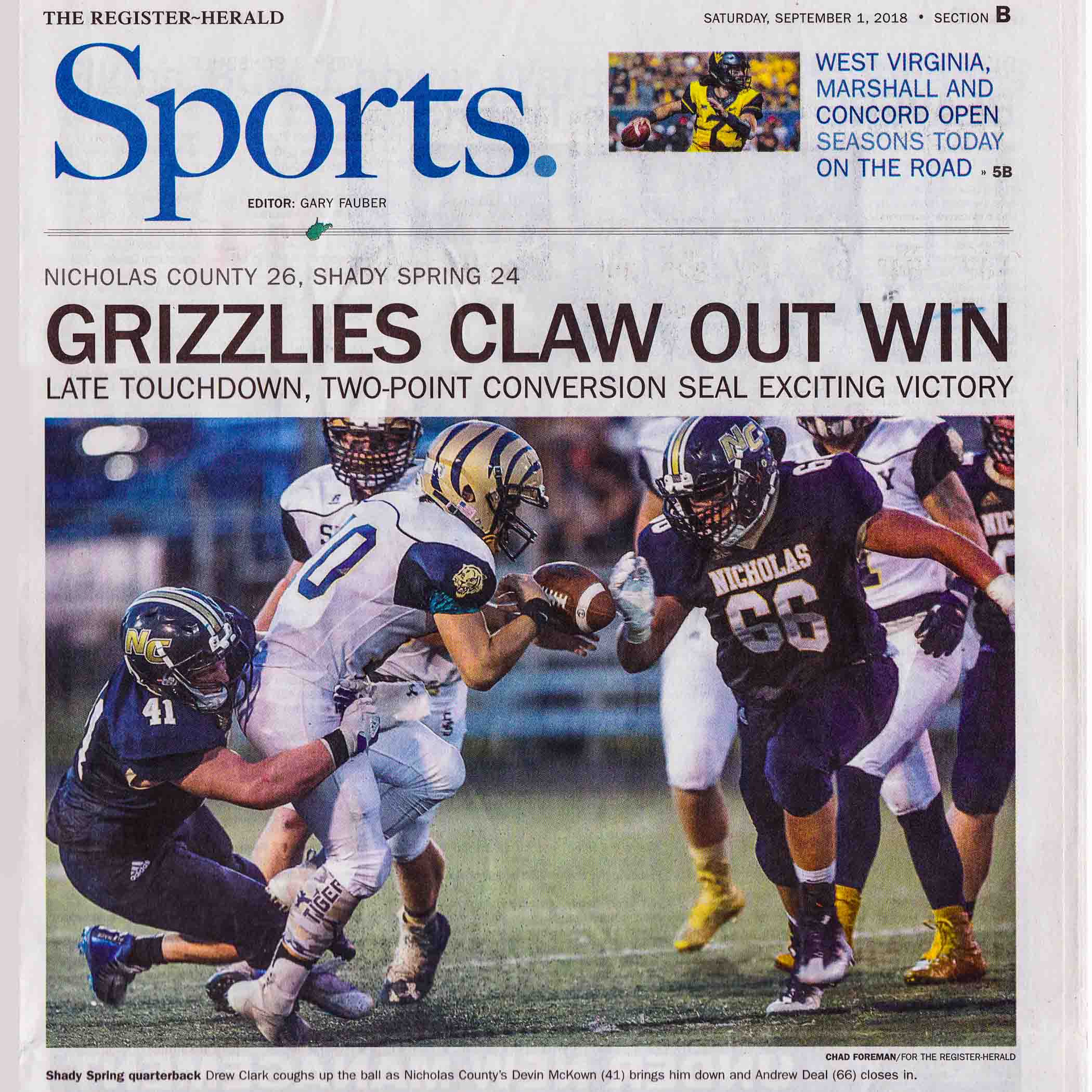 This was the pivotal play of the game. Until then, Shady was dominating the Grizzlies.

Nicholas County recovered the fumble and scored the next play.

There was a noticeable swing in momentum for the Grizzlies and they went on to win the game.

I absolutely love it when the title and the photo are congruent with the game.

“Grizzlies Claw Out Win.” You gotta love that! That’s hilarious.

I got this photo while shooting freelance for the Beckley Register-Herald.