I noticed this after 20 years of whitewater kayaking the New River. Yes, it took me that long to make that observation. Lol. The New River Gorge is an amazing place. No other geographic location has had a bigger impact on my life than the New River Gorge. I even moved to Fayetteville, the town closest to the gorge, and built my life around kayaking. The New River is the most consistent, year-round river to kayak, that I know of. Plus, the people in this community are awesome. 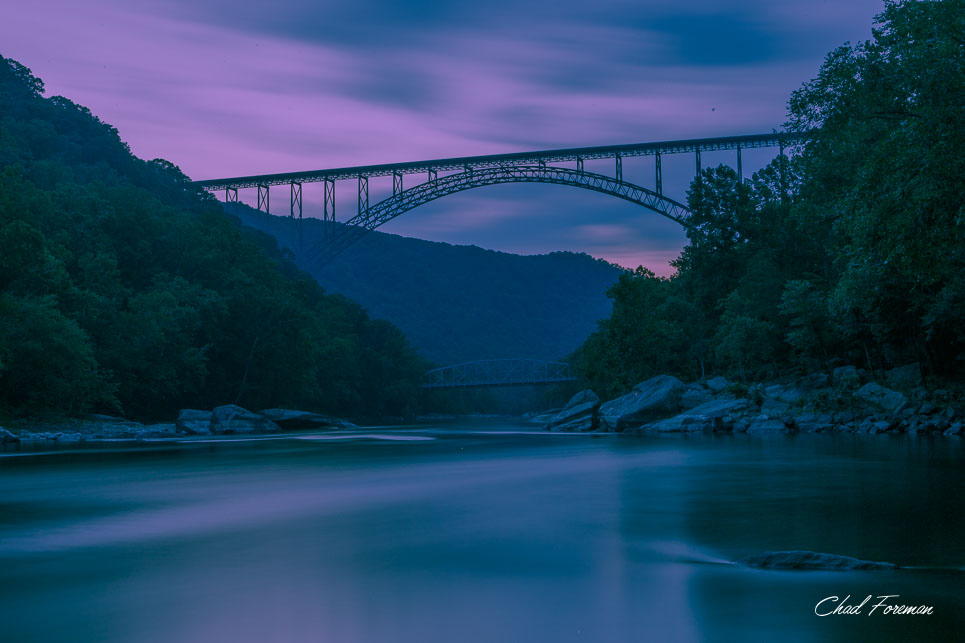 The New River Gorge Bridge is the Western Hemisphere’s longest, single-span arch bridge. It spans one of the oldest rivers in the world, the New River. The bridge sits 876 feet above the surface of the river. It was completed in 1977. Before then, people had to drive down to the river and cross that small bridge you see in the foreground. That bridge is commonly called the Fayette Station Bridge but it is officially named the Tunny Hunsaker bridge. Tunny Hunsaker was the Fayetteville police chief for a long time who was also a boxer. He actually fought Muhammad Ali.

As I have been transitioning from a video boater to a graphic designer I realized just how photogenic the Gorge really is. There are so many amazing places to photograph. One could spend an entire life time photographing JUST the New River Gorge. 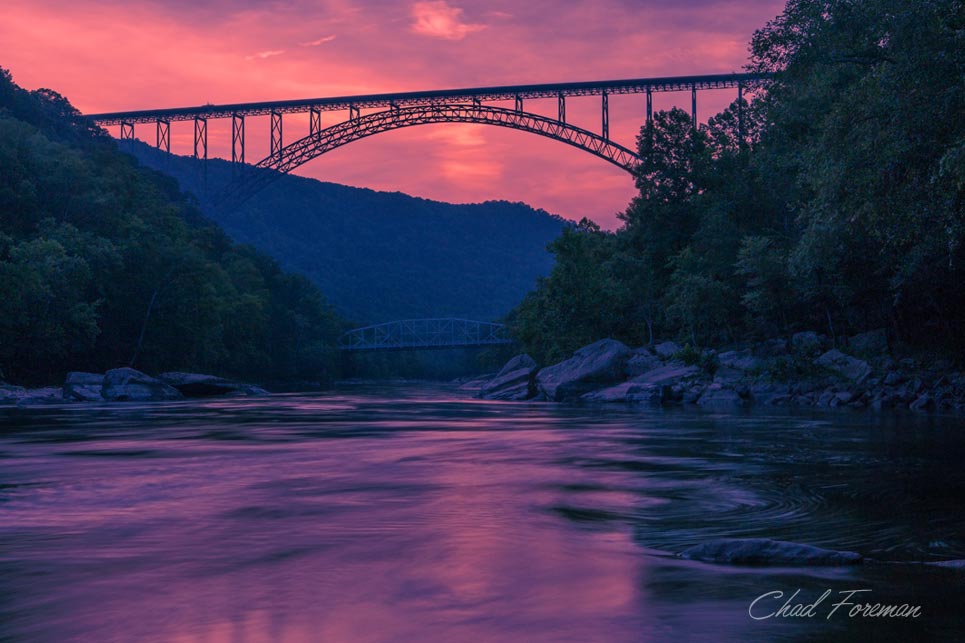 As I mentioned, one of the great things about Fayetteville is the river community that has sprung up around it. The local kayak shop even provides a free shuttle on Wednesday night! It’s kind of a regular thing for the local boaters here. Nowadays, I take my camera on the river with me. Each Wednesday, I took my camera on the river to see what I can get.

These pictures were all shot from my new favorite location to photograph the bridge. 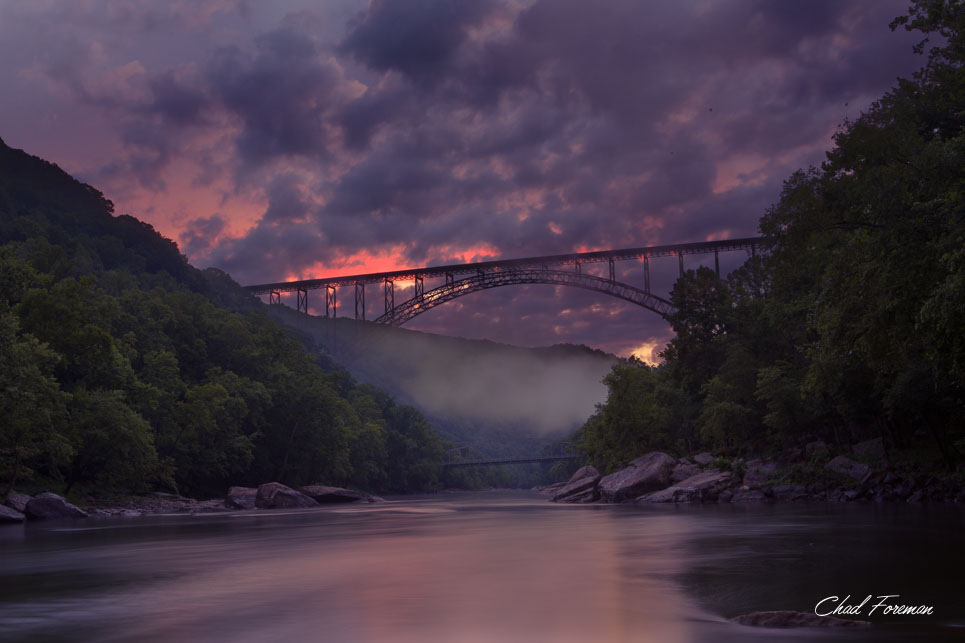