My Path to Totality

As a photographer, I feel very fortunate to have the opportunity to record events. To document them, record them visually, to put them in the archives, to make something that will outlast me, that is a cool feeling.

The Total Solar Eclipse sounded like an event that I needed to document. I may only get one opportunity to see it. I remember a partial eclipse in elementary school. I remember the entire school going out on the playground in the afternoon. It got a little cloudy, so I don’t think we really got to see it. I don’t remember it getting dark. This was maybe 1984 or 1985.

In my typical fashion, I started planning my trip about a week or so before the big event. I messaged my friend, Crystal who lives down in South Carolina and mentioned to her that I was thinking about heading her way for the eclipse. I knew she was close to the path of totality. It turns out she was right in the middle of it. She is also a kayaker and is a team Jackson Kayak paddler. It just so happens that my Jackson Karma Unlimited, the boat I kayaked down the Grand Canyon, I purchased from her. Good opportunity to enjoy some Southern-fried kayaking. 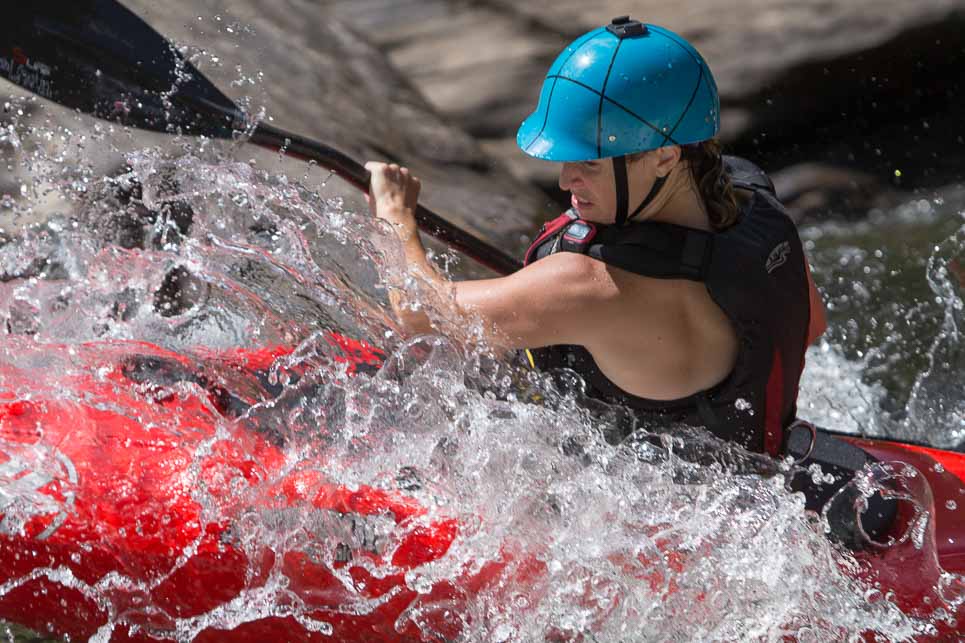 The day before the eclipse we went out on the Chattooga River. I’d never paddled that river before so that was fun. Other than the Grand Canyon, I hadn’t kayaked a new river section in years. When you live around America’s Best Whitewater, it’s hard to leave and kayak a new river so I don’t get to kayak new rivers very often. 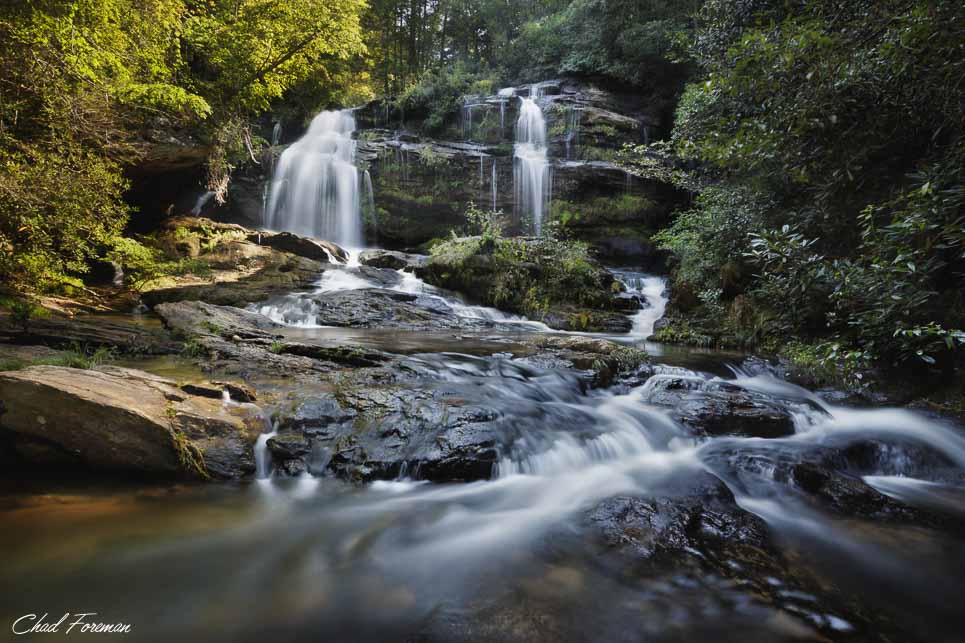 Along the Chattooga, this little gem pours in from river-left. 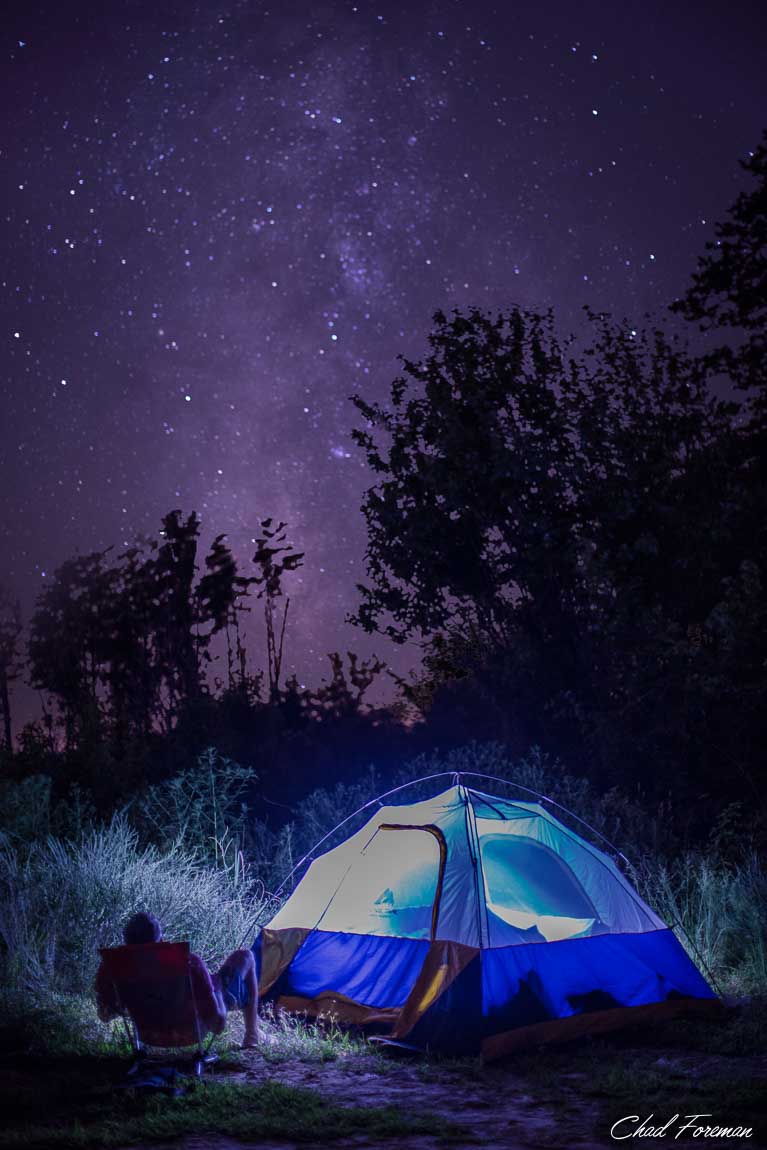 Crystal is friends with a park ranger who hooked us up with the absolute coolest campsite ever. Sorry, I’m not privileged to release information on the location. It must remain top secret because of the 2024 eclipse. It had a splendid view of the Chattooga River Valley.

On the morning of the eclipse, we got up and hit the river early so that we would be back in time to enjoy the 2 minutes and 36 seconds of totality. I got to admit, it was one of the most unique experiences of my life. 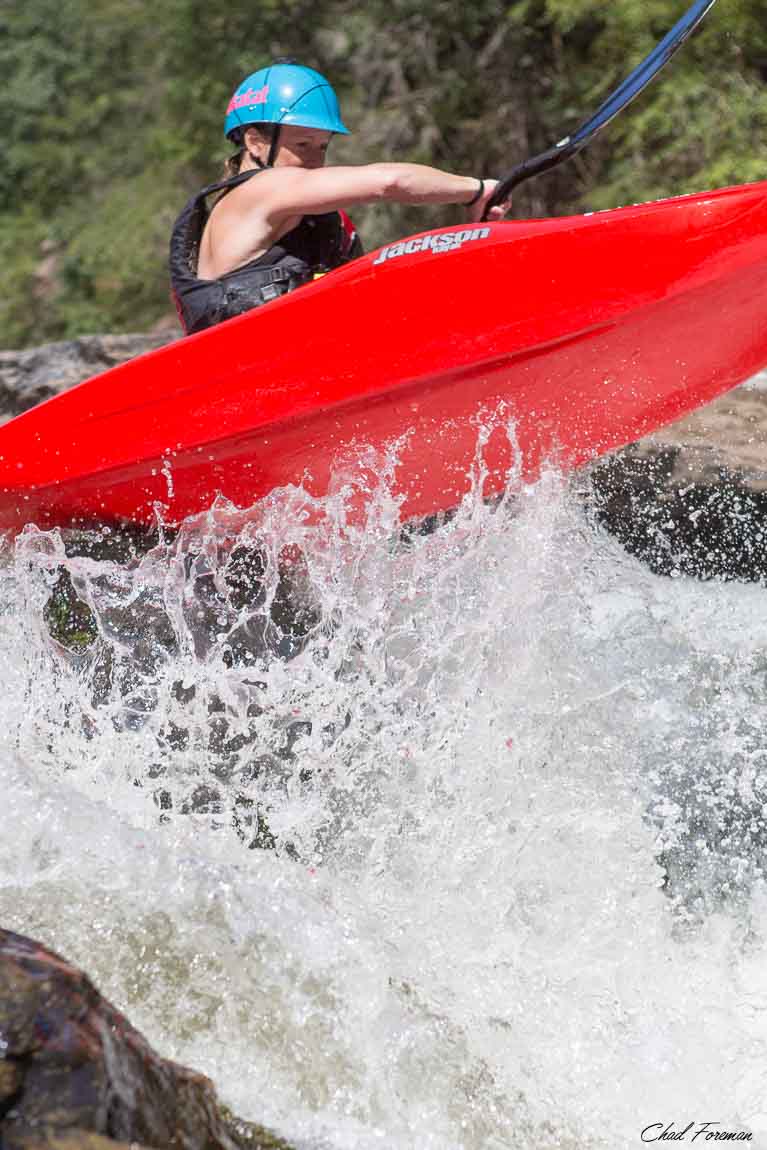